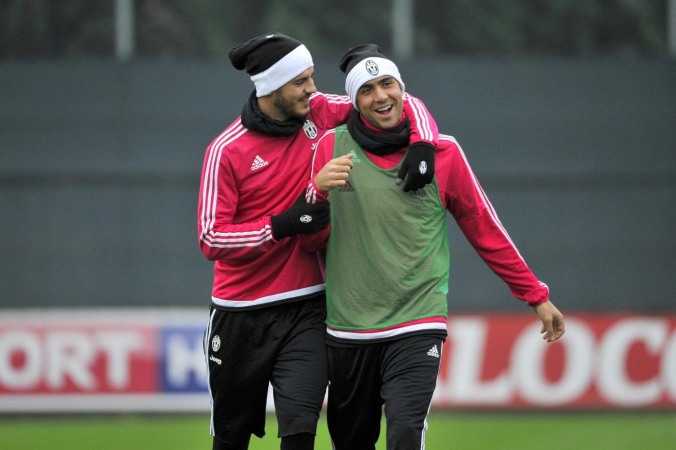 Goodbye is never easy when you’ve played up front together at Stadio delle Alpi. However, there will be no love lost when these two meet at the European Championships.

In anticipation of the titanic clash between La Roja and Azzurri in the knockout stage at Euro 2016, The Panenka discusses the future of the two strikers who look likely to be separated next season.

The Spanish striker will return to Real Madrid, after they activated their €30m buyback clause. It is still widely unknown what the future will hold for the forward who has scored three goals at Euro 216 so far.

Morata and Zaza struck-up a firm friendship in Turin, and the Italian international said goodbye ahead of their meeting on the pitch on Monday in Paris when Italy take on the reigning champions in the last-16 of Euro 2016.

“In my life there are few people who I have wanted to always be a part of me, and you are one of them.

“With some [teammates] you barely get to know each other. With others, deep and lasting friendships are born. It was like that with you Alvaro: companions in the team and in life.

“The competition for a starting spot made us brothers. That’s why, among the many goodbyes, this is such a hard one to say.

“I wish you the best, because you deserve it… maybe starting on Tuesday!”

Italy striker Simone Zaza is likely to be on the bench against Spain while Alvaro Morata will fill one of the starting positions in Vicente de Bosque’s team. Whatever the result in Paris, it has been reported that the two will go on holiday together after the tournament.

Alvaro Morata’s future is particularly uncertain. While the value of Real Madird’s buy-back clause represents fabulous value for money, it is unknown what their intention will be with the undoubtedly world class 23-year-old.

Los Blancos already have the likes of Cristiano Ronaldo, Karim Benzema, Jese and Lucas Vazquez within their squad meaning there may have to be at least one exit among them if the Spain international is to get some game time under Zinedine Zidane. However, it would not be unlike Los Galacticos of overload their ranks with an excess of talent.

The most likely scenario for Morata’s future is that he is sold to one of his many European suitors. Due to some fine performances at Euro 2016 the striker’s value is currently soaring, leaving Real Madrid with the potential to make a tidy profit via the inspired decision to insert a buy-back clause in the original sale.

Among others, Chelsea are thought to be leading the race for the Real Madrid youth product’s signature. Furthermore, Juventus are firmly in the race to recoup the services of their star man as well.

If la vecchia signora do end up bringing last season’s number nine back to Serie A then the Spaniard may be surprised to find that his pal Zaza has already moved on. In the race for the Italian’s services are a host of clubs including Southampton, West ham and Everton of the English Premier League as well as Wolfsburg in the Bundesliga.

In two season’s with Juventus, Morata netted 27 times in 93 appearances including an extra-time winner in last season’s Coppa Italia final versus AC Milan. Simone Zaza meanwhile scored five times in 19 appearances during his debut season with Juventus having secured a $20 million move from Sassuolo.

Last season the pair won the league and cup double in Turin together. The two strikers face one another when Italy take on Spain in Euro 2016 on June 27. Kick off is at 12:00 ET.