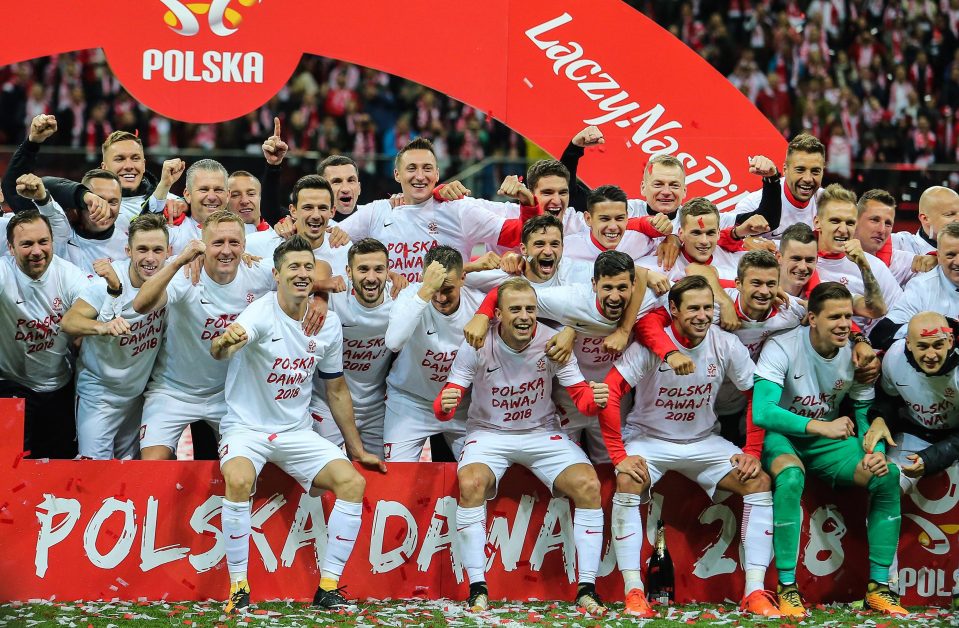 Poland returns to the World Cup after a 12-year absence boasting their most complete squad in generations.

How they qualified: Poland secured their spot in next year’s World Cup in Russia with a 4-2 win over Montenegro in their last qualifier. A 2-2 draw in Khazakstan and a 4-0 thrashing in Copenhagen raised some eyebrows, but the goalscoring ability of UEFA qualifying’s overall top scorer, Robert Lewandowski pulled them through.

Zbigniew Boniek, Poland’s greatest player and president of the FA, appointed his former national team midfield colleague Adam Nawalka to the job in 2013 after Waldemar Fornalik’s failure to qualify for the 2014 World Cup. His managerial style doesn’t do much to inspire Polish fans, but qualification to two successive tournaments shouldn’t be overlooked. As a player, Nawalka was named in the 1978 World Cup team of the tournament before persistent injuries ended his career prematurely.

Arguably the best number nine in the business. On his day, as defenses around Europe have found out, he is simply unstoppable. A hat-trick against Armenia during qualification made Poland’s captain the national team’s all-time top scorer. In addition, Lewandowski’s winner against Montenegro on the final match day set a new record for the most goals scored during a qualifying campaign.