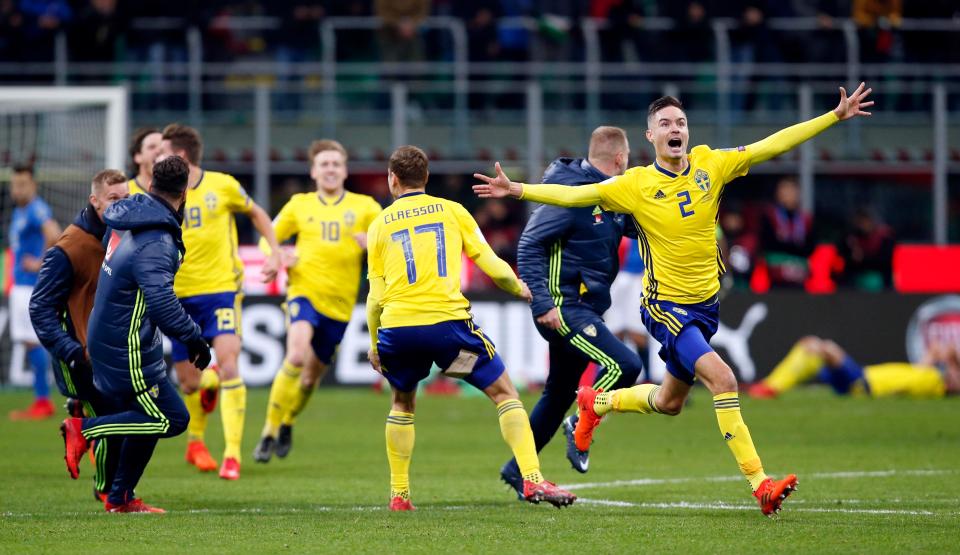 Calls for Zlatan Ibrahimovic to renege on his retirement have become deafening; as the man himself said in 2014, “a World Cup without me is nothing.”

How they qualified: Sweden booked their spot at Russia 2018 thanks to a 1-0 aggregate play-off win over Italy, having finished second in Europe’s Group A behind France to return to the global finals for the first time since Germany 2006. Sweden edged out another World Cup staple by ending the group ahead of the Netherlands before producing two monumental performances against four-time winners Italy.

Andersson took charge of Sweden with the side’s morale at rock bottom. The team had just crashed out of UEFA EURO 2016 without winning a match and, worse still, had lost their captain and talisman, Zlatan Ibrahimovic, to retirement. But any lingering gloom was quickly lifted by a coach who made a point of billing his reign as “a new chapter for everyone” with several players, young and old, scaling fresh heights in Andersson’s new-look line-up

Forsberg, represented by the same agent as Sweden and Manchester United’s Victor Lindelof, has been hotly tipped for a transfer to Old Trafford, justified by strong performances in the Bundesliga and Champions League for RB Leipzig. He was also voted the Swedish Midfielder of the Year in 2014 and 2016.