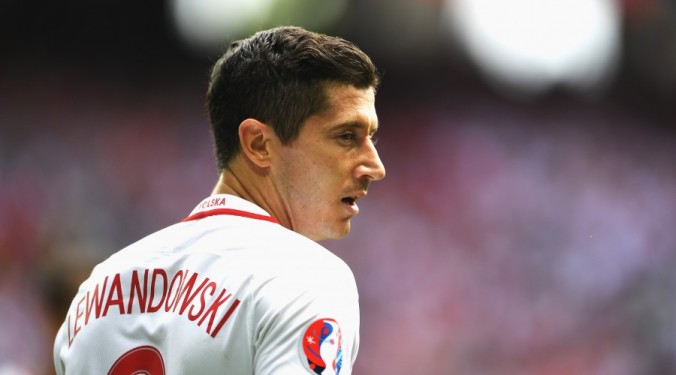 The winner of this tie will set up a semi-final with Wales or Belgium.

The two sides would’ve probably felt that a last-8 appearance is a good result at the tournament but now both teams have a very realistic chance of reaching the semis or even the final.

Poland landed in the last-8 via a penalty shootout victory over Switzerland. Jakub Blaszczykowski gave his side the lead after Arek Milik fooled the entire Swiss defense with an excellent dummy. 10 minutes from time however their lead was cancelled out when Xherdan Shaqiri scored one of the goals of the tournament. After a goalless period of additional time Poland scored all five spot kicks to emerge victorious.

Despite finishing level on points with Germany, Poland ended Group C in second place on goal difference. Adam Nawlka’s men didn’t concede a goal in the group stage but only scored two goals. In their first game of the tournament Poland dispatched Northern Ireland 1-0 thanks to Arek Milik’s 51st minute winner.

In the following group games Bialo-Czerwoni played out a hard fought 0-0 draw with Germany in a game they were unlucky to share the spoils in after creating the better chances over the 90 mins. In the final group game against Ukraine, Poland recorded their second win of the tournament and third successive clean sheet when Jakub Blaszczykowski scored the first of his two goals at Euro 2016 so far in a 1-0 win.

Portugal meanwhile have had a difficult tournament so far. In one of the worst games of the tournament Fernando Santos’ men squeezed past Croatia with the help of extra-time. After 117 dismal minutes of football that wrought only two shots on goal, Ricardo Quaresma headed home from a few yards out to send them through.

The Portuguese secured progression to the knockout stage in 3rd place in Group F after an end-to-end six-goal thriller with group winners Hungary. After Fernando Santos’ men had gone behind three times and equalized three time against the Hungarians, it appeared Seleccao da Quinas had done enough to set up a last-16 tie with England. As the players made their way off the pitch it emerged Iceland had scored a late winner meaning Portugal had finished 3rd.

Portugal have looked unsure of themselves in Euro 2016 so far. Nani gave his side the lead in their opening game against Iceland only to see it cancelled out in the second half by a far more impressive Iceland. After a 0-0 draw with Austria it began to look like Cristiano Ronaldo is appearing in his own side show and not a very good one at that.

First, Portugal’s star man criticized Icelandic celebrations after the 1-1 draw and was then left red faced when he missed a penalty during the 0-0 stalemate with Austria in the game following. To add to growing annoyance, in the same game he also had a goal ruled out for off side. Ronaldo also made the headlines when in the run-up to the Hungary game he threw a reporters microphone into a lake when pursued for an interview.

Poland have met Portugal a total 10 times and have won three. Portugal have won four while the remaining four ended in draws. The last time the two sides met was in February 2012 where the teams played out a 0-0 draw in Warsaw.

At major tournaments the teams have won a game each. In the 1986 World Cup group stage, a Poland team captained by current backroom staff memeber Zbigniew Boniek defeated Portugal 1-0 thanks to Antoni Piechniczek 68th minute winner. In 2002 a Pauleta hat-trick helped demolish Poland 4-0 in the group stage of the World Cup held between Japan and South Korea.

Lukasz Fabianski is set to continue in goal with Wojciech Szczesny still struggling with a thigh injury as Poland look set to name an unchanged side to face Portugal.

Robert Lewandowski is yet to score at Euro 2016 yet but his partnership alongside Ajax’s Arek Milik is looking particularly dangerous. Winger Jakub Blaszczykowski has netted twice at Euro 2016 and looks set to continue on the left wing.

On the opposite wing, Rennes’ Kamil Grosicki has been a hugely underrated performer of the tournament so far and could be set for a move to the English Premier League. Meanwhile, Grzegorz Krychowiak had been one of the most formidable ball winners at Euro 2016 so far and is set to continue that form in central midfield.

In the aftermath of Poland’s penalty shootout victory over Switzerland, coach Adam Nawalka had to defend his star striker’s goal-less record a the tournament so far.

“Robert is doing phenomenal work for this team. He is incredibly important, both mentally and in football terms,” he said.

Lewandowski’s Euro blank goes back to the 17th minute of Poland’s opening match of Euro 2012 against Greece.

“We know from history some cases where players are the star, and they don’t score and they don’t care about the result. It’s the opposite here,’ Nawalka said.

“He can physically and mentally compete in every match. He is giving space and creating chances. He takes the opponent’s attention away. It’s great work,” he added.

The bad news for Portugal is that Joao Moutinho, Andre Gomes and Raphael Guerreio all face a race to be fit for the game. However, the good news is that both Ricardo Quaresma and Renato Sanches are waiting in the wings after putting forward clear cases for a staring berth after they both impressed from the bench against Croatia in the previous round.

Guerreio may not return to fitness in time to join the foundations of an unchanged back five for Fernando Santos’ men, meaning Vierinha will play are full-back. Meanwhile, Nani and Cristiano Ronaldo are set to lead the attack in a continuation of their partnership.

In midfield Andre Gomes has struggled for fitness the entire tournament and will probably lose his place in the team to the introduction of Renato Sanches. However, with coach Fernando Santos likely to deploy a midfield diamond Quaresma’s role is likely to be restricted to the bench.

Joao Moutinho did participate in light training in the build up to the game but if he remains out Adrien Silva is set to deputize once more.

Portugal boss Fernando Santos admitted his side had luck on their side after beating Croatia 1-0 to reach the quarter-finals of Euro 2016 before admitting he is expecting a difficult game against Poland.

“This was a final, and we won,” said Portugal head coach Santos. “Today we were the lucky ones. But I think it was fair.

“We have a very hard match against Poland and we must prepare for that now. We’d like to play a pretty game but that’s not always how you win tournaments.”