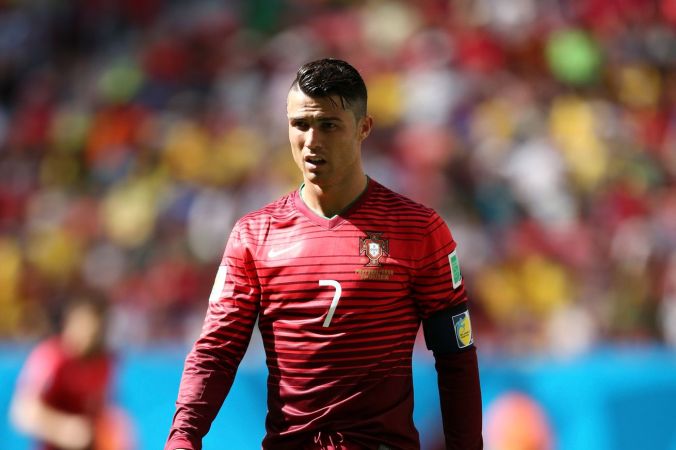 Euro 2016 will be Cristiano Ronaldo’s fourth European Championship and possibly his last. The Real Madrid man has won nearly all there is to win at club level but how has international success eluded him for so long?

The Panenka looks at the three-time player of the year’s record at the European Championships.

Cristiano Ronaldo, 31, could be making his final appearance on the international stage at Euro 2016. This means that the tournament in France could be his last chance at international honors with Portugal.

The Real Madrid star scored the winning penalty in the Champions league final but still received criticism for his performance because he seemed unfit and possibly carrying an injury. Ronaldo’s form has never been better over the past few season but is he now past his peak?

His performance against Atletico could suggest the answer is yes. If that’s true, we might not be seeing Ronaldo’s mecurial skills at the World Cup in 2018 and Euro 2016 is his last chance at success with Portugal.

The last three European Championships have ended in heartbreak for the Madeira born superstar. Even on home turf at Euro 2004 the trophy eluded the former Manchester United forward.

After making his name at Sporting Lisbon he fought his way through the youth ranks to earn a place in the senior squad in 2002. He made 25 appearances for Sporting before earning a move to Manchester United.

In England he was handed the No. 7 shirt that would eventually become synonymous with the Cristiano Ronaldo brand. In six seasons with the Red Devils he scored 118 goals in 292 appearance winning three league titles, a European Cup and an FA Cup.

During his first season at United he took some time to adapt. His quality was abundantly obvious but a goofy looking Ronaldo clearly needed the games in order shed his physical immaturity and hone his raw talent.

The following summer Portugal hosted Euro 2004. The tournament represented the national team’s best chance at clinching their first ever international title and pressure was high. In the group stage a 19-year-old Ronaldo scored his first international goal in a 2-1 defeat against Greece.

Still, Portugal progressed from their group with wins against Russia 2-0 and Spain 1-0. In the quarter final Portugal defeated England on penalties. After 120 minutes and the scores locked at 2-2, an assured Ronaldo netted his penalty in the shootout.

Portugal defeated Holland 2-1 in the semi final. Cristiano Ronaldo sent the nation into raptures by scoring the opening goal with a header. In the final however, the youngster got his first taste of international disappointment when Greece pulled off one of the greatest upsets of world football with a 1-0 win.

Angelos Charisteas scored from the Greeks’ first corner after 57 minutes, heading in an Angelis Basinas cross. Despite chances for Ronaldo, Maniche and Figo, the Greeks held on with a defense inspired by Traianos Dellas.

A distraught Cristiano Ronaldo after the Euro 2004 final defeat.

Back in Manchester Ronaldo began to exhibit the ability that would herald him as one of the world’s most mercurial talents. In 2008 Ronaldo enjoyed his most successful season in a Manchester United shirt. He scored 42 goals in 49 appearances on his way to a league and European cup double. As reward for his form he received the Ballon d’Or for the first time.

The fine form arrived just in time for Euro 2008 but also attracted the interest of Real Madrid. Speculation from the Spanish capital was rife that summer but Ronaldo attempted to focus on the Euros.

Portugal advanced to the knockout stage with victories against Turkey 2-0 and Czech Republic 3-1. In the quarter finals Portugal were knocked out to eventual runners-up Germany. Ronaldo scored just one goal that tournament as transfer speculation served as an unwelcome distraction.

In the following season in Manchester transfer speculation over a move to Real Madrid continued. Despite Madrid’s interference the forward still managed to net 23 times on his way to another league title. Eventually Ronaldo and the two clubs put pen to paper in a deal worth £80 million. At least 80,000 fans were present to welcome the 25-year-old to the Bernabeu.

In the Spanish capital the Portugal forward took his talents to another level. In the seasons between 2010 and 2016 he managed to net an incredible 364 times in 347 appearances. This form earned him a reputation as one of the greatest ever players and two more Ballon d’Or titles in 2013 and 2014.

Ronaldo continued his scoring streak with Portugal by bagging seven goals in qualification for Euro 2012. At the tournament in Poland and Ukraine it was a similar story for Portugal though.

Portugal were close to reaching the European Championships final again but were cruelly defeated on penalties to eventual winners Spain. En Route to the semis they progressed from a difficult group containing Germany, Holland and Denmark. After losing the opening game to the Germans. Portugal rallied to beat Denmark 3-2 in their second game. To ensure safe passage to the knockouts Portugal now captained by Ronaldo defeated Holland 2-1 where the skipper scored both.

It has now been 14 years since Portugal and a bawling Cristiano Ronaldo were beaten in the final of Euro 2004 and not much has changed for the international team since. Despite possessing one of the top three players in the world they still sit on the periphery of the international scene. At Euro 2016 Portugal once again remain outsiders.

Cristiano Ronaldo’s international record is envious to most players. He may not have won a trophy at this level but has always been there in the crucial moments for his country. Eusebio never won an international trophy with Portugal and perhaps Ronaldo will be just as revered in the eyes of history. Unless Portugal can upset the odds and triumph in France of course.

Portugal open their Euro 2016 campaign against Iceland on June 14 before playing Austria on June 18 and Hungary on June 22.