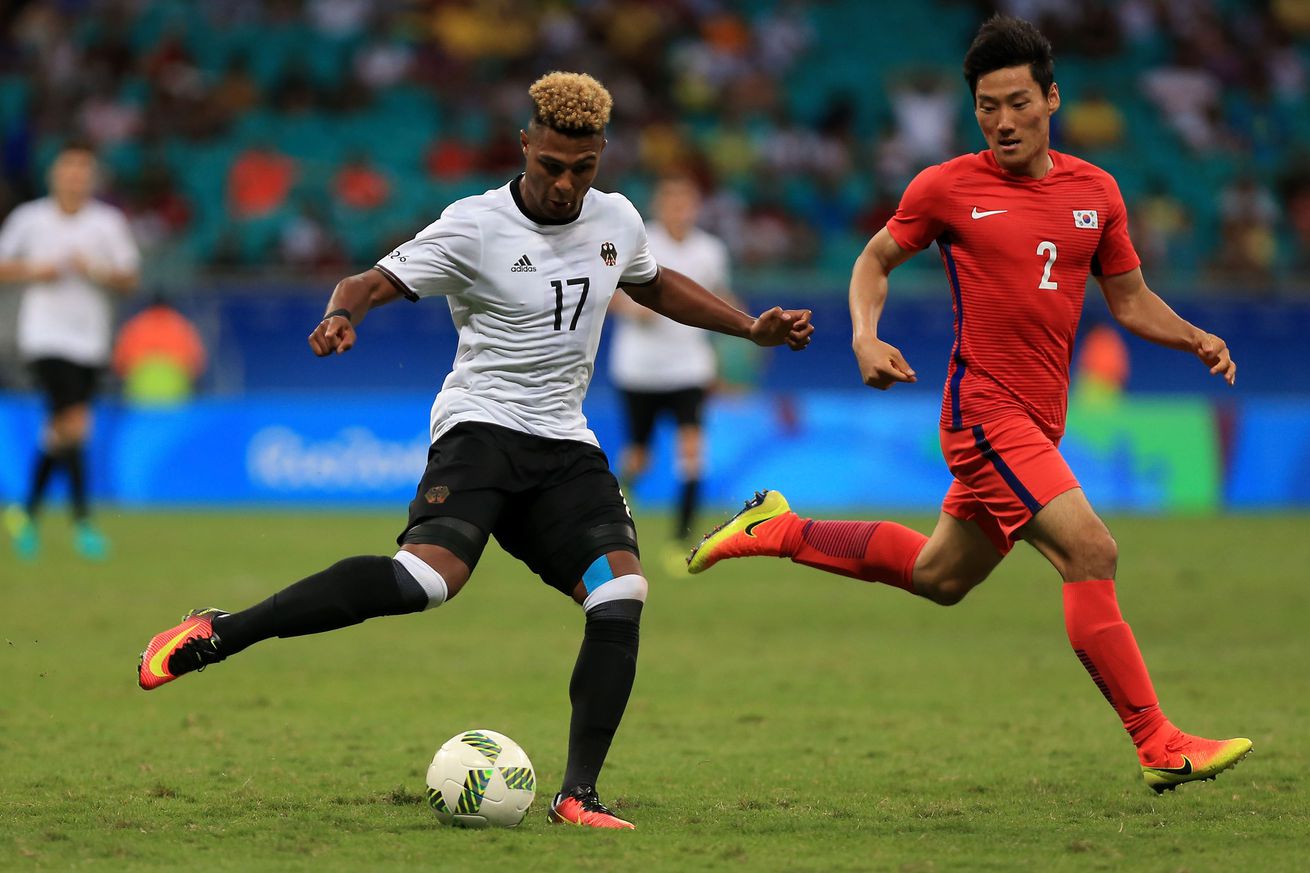 The Panenka looks at the key men among the latest hit parade of stars to emerge from the ranks of the reigning World Champions.

The 22-year-old remains a Borussia Dortmund player after a host on interest over the summer from the likes of Arsenal and Wolfsburg. The center-back began his career with Frieburg before making the move to the Ruhr Valley in July 2014. With the U-23 squad in Brazil he and his fellow Die Mannschaft defenders have leaked 5 goals in their opening four games but Ginter is a name we might be hearing a lot about in the coming season, two goals in three games at the Olympics in Brazil is a testament to that.

The Bayer Leverkusen winger is one of Europe’s hottest young talents and has already notched up seven assists at the Olympics to help guide Germany to the semi-finals. Leverkusen finished third in the Bundesliga last season to qualify for the Champions League for a second successive season where Brandt was handed 18 starts and grabbed nine goals in the process. The 20-year-old was named in Joachim Low’s provisional squad for Euro 2016 but missed out on the final cut with Julian Weigl preferred.

The Arsenal winger has been at the London club since he was 16-years-old after signing in 2012. His opportunities in the first team have been limited however and the Olympics is an opportunity for the former Stuttgart youth product to force his way into Arsene Wenger’s plans. So far in Brazil he is doing exactly that with six goals to his name so far after netting once against Mexico, twice versus South Korea and Fiji before opening the scoring against Portugal in the semi-final.

The 20-year old netted five times for Schalke in the Bundesliga last season and has three goals and two assists to his name so far in Brazil.  The youngster has already amassed a wealth of experience with nearly 100 appearances for Die Knappen, including a handful of appearances in the Champions League, making him the captain of his country at the Olympics. The midfielder has started every game of the Rio 2016 Olympic soccer tournament and will be looking to improve on the fifth place finish in the Bundesliga from last season with Schalke.

The 21-year-old could be forgiven for believing his career had gone awry when he stepped down a division transferring from Werder Bremen to RB Leipzig last summer for the higher ever fee paid by a second tier club. However, the forward scored 10 goals in Bundesliga 2 last season helping the club to promotion and has since netted twice in Brazil at the Olympics to suggest there is still more to come.