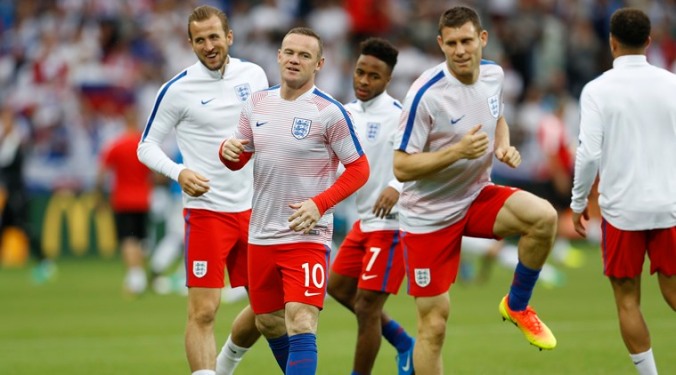 The winner of this last-16 tie will play either hosts France or Republic of Ireland in the Euro 2016 quarter-final.

Roy Hodgson would have been preparing for a knockout tie with Portugal had it not been for Arnor Ingvi Traustason’s injury time winner against Austria to secure second place in Group F. England meanwhile could live to regret making six changes before a 0-0 stalemate with Slovakia to miss the opportunity to top Group B and play Northern Ireland instead.

Iceland have been one of the success stories of UEFA’s decision to expand the tournament from 16 to 24 teams and they have grasped the opportunity with both hands by booking a place in the last-16.

On their debut performance at a major tournament Lars Lagerbeck’s side impressed with their robust counter-attacking football in a 1-1 versus Portugal. Birkir Bjarnason took advantage of some sloppy defending to level moments into the 2nd half.

In their second game Iceland had their hearts broken against Hungary. Birkir Saevarsson’s scored in his own net to concede a last minute own goal after Gylfi Sigurdsson had put his side ahead from the penalty spot to take the lead into the break. However, Iceland put that behind them as they saw off a desperate Austria in the climax to Group F which brought amazing scenes to streets of the tiny nation.

John Dadi Bodvarsson’s opener was cancelled out by Alessandro Schopf but there were signs that luck was on their side when Aleksandar Dragovic missed a penalty for the Austrians. As Marcel Koller’s side pushed for the goal that could see Austria progress and the Icelanders eliminated, the men in blue sprung the perfect counter attack to score the winner and make history with their first ever win at a major tournament.

England meanwhile have had their fair share of both disappointment and ecstasy already as well. In their first game of the tournament the Three Lions conceded a painstakingly late equalizer to Russia in a 1-1 draw. Tottenham midfielder Eric Dier had previously put the Three Lions ahead with a free-kick from the edge of the area.

In their second game against Wales however, England showed their frustratingly unpredictable nature. In the first half goalkeeper Joe Hart thought he’d let his country down when he failed to keep out a Gareth Bale free-kick from 35 yards out.

With England 1-0 down at the break, Daniel Sturridge and Jamie Vardy replaced Harry Kane and Raheem Sterling. It was the substitutes who made the difference when the Leicester man leveled around the hour mark and the Liverpool striker netted the winner deep into stoppage time.

In the final round of games in Group B Roy Hodson’s men were frustrated by a resolute Slovakia rearguard to draw 0-0. The result meant that England ended up second in Group B, behind rivals Wales. The manager’s decision to make six changes to the side was ultimately called into question but with a supposedly easy draw against Iceland it will could be forgotten about.

In the two games between the countries England have never lost to Iceland. The most recent took place during a summer tournament consisting of England, Iceland and Japan in 2004. The game ended 6-1 to the Three Lions with Wayne Rooney and Darius Vassell both bagging a brace and both Frank Lampard and Wayne Bridge grabbing one each.

The only other game between the nations ended in a 1-1 draw in Reykyavik in 1982. Eidur Gudjohnsen’s father Arnor put Iceland ahead in the 23rd minute and it was his side who led for the majority of the game before Paul Goddard leveled the score.

The positivity and momentum that England experienced after the 2-1 victory over Wales was somewhat deflated after the 0-0 draw to Slovakia. Against Iceland Hodgson is now expected to play the players who have performed best at Euro 2016 so far.

Harry Kane failed to impress and his starting spot is likely to be taken by Jamie Vardy who scored from the bench versus Wales. The same applies to Raheem Sterling. The Liverpool forward looks low on confidence and could be replaced by Merseyside teammate Daniel Sturridge.

The starters who are more or less guaranteed include Joe Hart, Gary Cahill, Chris Smalling, Eric Dier and Wayne Rooney. At full-back Kyle Walker has been outstanding and will return while Danny Rose faces a battle with Ryan Bertrand at left-back due to the Liverpool defender’s return to fitness.

Tottenham Hotspur midfielder Delli Ali came into some criticism versus Wales and was rotated onto the bench in place of Jack Wilshere against Slovakia. The Arsenal man failed to make an impact and the FA Young Player of the Year should be back in the starting eleven.

The Three Lions are favorites to progress here but will be wary of the fact that Ryan Bertrand and deputy captain Gary Cahill all enter the last-16 on a yellow cards.

Wayne Rooney revealed that he was grateful for the rest against Slovakia where he was introduced for the last 30 minutes and says he respects his coach’s decisions ahead of the game with Iceland.

“I respect Roy’s decision. As a player you want to play but going into the last-16 game against Iceland I will be a lot fresher,” said Rooney.

Adding: “I think it’s a decision that Roy had to make in terms of keeping players fresh and believing in the squad he has got. I agree with it. The players that came in were good enough to win the game but you have to give credit to the opposition because they defended very well.”

Roy Hodgson said that he was disappointed the Three Lions didn’t finish top of the group while revealing he was watching Hungary vs Portugal while opponents Iceland were beating Austria.

“The mood in the camp is good because this team are confident they are capable of beating any team on their day,” he said.

“I honestly feel that we did enough to win the group but we obviously didn’t… so we find ourselves playing Iceland. That probably was more in line with our thinking of how it would pan out and now we just have to prepare well for that game.”

“We were watching the Portugal v Hungary match at the hotel and making notes on Hungary,” he added.

Iceland are yet to make a change to their staring eleven at Euro 2016 and look set to name an unchanged side once more. Striker Alfred Finnbogason is welcomed back to duties after serving a suspension caused by receiving two yellow card in the opening two matches, both from the bench.

Lining up in a traditional 4-4-2 the Icelandic sensation of this summer’s tournament is founded on strong partnerships throughout the team. Particularly the central midfield duo of Aron Gunnarsson and Gylfi Sigurdsson who compliment each other in terms of dynamism and technique, strength and speed and physicality and vision.

Lars Lagerbeck’s side probably didn’t think much past the Group stages if, but an unlikely trip to the quarter-final does materialize it is important to note that seven first teamers all carry bookings. These are Saevarsson, Gudmundsson, Halldorsson, Arnason, Skulason, Sigthorsson and Bjarnason.

Iceland’s joint-manager Heimir Hallgrimsson says that Icelanders are “crazy’ about English football and will be entering the last-16 tie with plenty of knowledge on their opponents.

“I don’t think we need to analyze them much, that’s a benefit. There are lots of threats in that team. They are a creative team and there are individual players who can break up the game.

“This is a little bit of a different England team to before. All credit to Roy Hodgson, they are a good passing team with a lot of movement and many creative players.”

Adding: “I think everyone knows Iceland has to have the perfect game. We have to have our best game, we know that.”

Gylfi Sigurdsson is currently plying his trade in the English Premier League and is determined that the smallest nation to ever qualify for a European championship will be no pushovers.

“We have no pressure on us, that’s the main thing,” the Swansea City midfielder said. “If you look at England, if they were to lose to us, there will be headlines back in England.

“We are just here to enjoy the tournament and the last 16. It’s an amazing feeling and we just want to keep going.”

He added: “We are aware that we are probably the second team everyone supports in the tournament.

One thought on “EURO 2016 Preview: England vs Iceland”