As host nation France will be under immense pressure to put on a show. After winning the tournament back in 2000 and losing in the World Cup final to Italy on penalties in 2006, France have been relative sleeping giants on the international stage after some disappointing performances in recent years. Now, Deschamps’ men look to have blooded a squad of new talent including Paul Pogba, Antoine Griezmann, Hugo Lloris, Raphael Varane and N’Golo Kante making them tournament favorites.

How They Qualified: In a innovative solution to the host nations not needing to qualify and then subsequently complaining of a lack of competitive games, UEFA big wigs decided to place the host nation in a qualifying group for the foreseeable future. In the first year of the scheme France played friendlies against each member of Group I and finished undefeated notching up 8 wins out of 10 and scoring 20 goals. 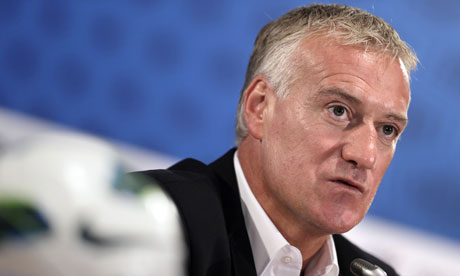 Les Blues have a habit of rising to the occasion on home soil. Coach Didier Deschamps has first hand experience of that as he lifted the World Cup as captain back in 1998, the last time France hosted a major tournament. The former Monaco and Juventus midfielder has had a host of problems to deal with since taking charge. In taking the reigns there was still the remnants of the player mutiny that marred Les Blues’ 2012 World Cup.  As a consequence he has had to cast away some key players such a Samir Nasri who was allegedly causing squad disharmony. More publicly striker Karim Benzema has been exiled due to the possibility of charges being laid against him for extortion and blackmail towards teammate Mathieu Valbuena. Deschamps though, has kept a cool head and it is that sort of leadership that will serve him and the squad well at the European Championships 2016.

The 23-year-old has been on fire for his club Juventus after leading them to yet another Serie A title. Despite being only 23-years-old he has transformed his own fortunes into becoming one of the world’s most coveted players after a frustrating period at Manchester United. A great deal of responsibility rests on this young man’s shoulders but his recent form suggests he is unlikely to disappoint. He is a powerful midfielder with a box of tricks and an epic shot.

One To Watch: Antione Griezmann.

The French winger has spent the entirety of his career in Spain, firstly with Real Sociedad, until joining Atleitco Madrid in 2014. Under the tutelage of Diego Simeone the 25-year-old has shot to prominence as one of the world’s best players. That claim has been underlined by crucial goals in the latter stages of this years Champions League against European heavyweights such as Bayern Munch and Barcelona.